Want to help your club, coaches and team managers collect match day fees online? Here's how to save time and hassle... Match Fees has been one of the most popular feature requests and parent...
END_OF_DOCUMENT_TOKEN_TO_BE_REPLACED 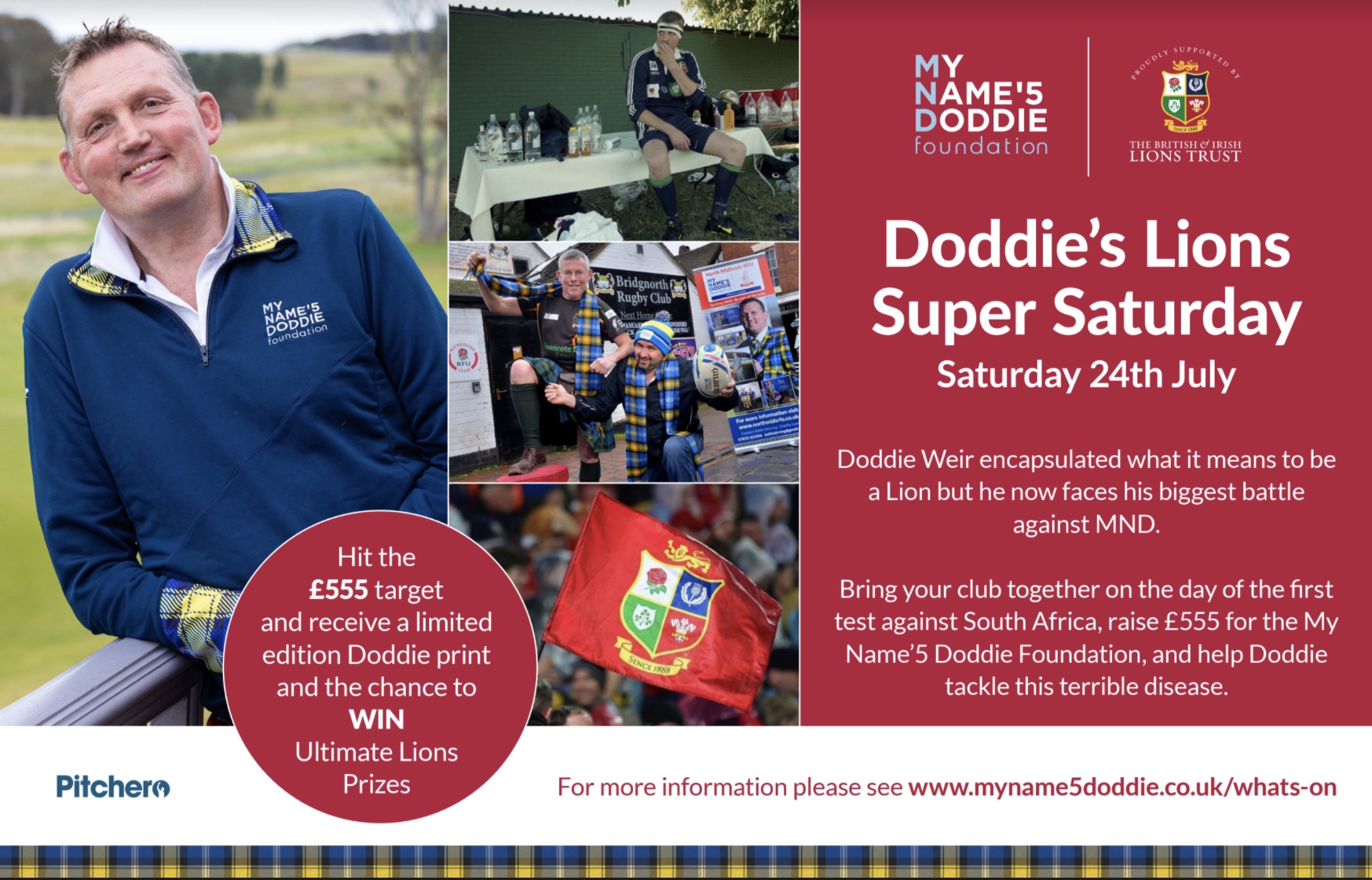 Register Your Club to Take Part

The My Name’5 Doddie Foundation are asking if clubs can aim to raise at least £555 to help fund research into Motor Neurone Disease (MND).

Rugby clubs will be offered marketing materials, such as flyers, to promote Doddie's Lions Super Saturday.

Prizes to be won!

While the focus is raising money to tackle Motor Neurone Disease, those clubs who hit their fundraising target get a Doddie Weir signed print and could win a fantastic prize:

The number 5 is significant as it was Doddie's playing number for his clubs, Melrose and Newcastle Falcons, and the jersey he wore when he earned his 61 caps for Scotland.

Doddie revealed in 2017 that he has Motor Neurone Disease; a disease that affects the motor neurons of the nervous system. It is life-shortening and mostly progresses rapidly.

MND damages and attacks the nerves, meaning that messages being sent from the brain to the muscles no longer work.

Around 1,100 people are diagnosed with MND every year in the UK. Up to 5,000 adults in the UK are affected at any one time.

Click to learn more about the work of the My Name’5 Doddie Foundation.

Here on the Pitchero blog, we’ve assembled a Power List for Grassroots Sport; those men and women who are...
END_OF_DOCUMENT_TOKEN_TO_BE_REPLACED

Pitch Up for Rugby is a nationwide campaign on 4-12 September 2021 to encourage rugby clubs in England to...
END_OF_DOCUMENT_TOKEN_TO_BE_REPLACED

If you want your team to play like Barcelona, you need them to train like Barcelona. If you think that’s ...
END_OF_DOCUMENT_TOKEN_TO_BE_REPLACED