The Tokyo Olympics have arrived; a celebration of 33 different sports from 23 July to 8 August.
END_OF_DOCUMENT_TOKEN_TO_BE_REPLACED

After another season of controversial refereeing decisions and in light of a football community that believes the quality of referees is in decline, changes to the laws of the game are ever more scrutinised.

The International Football Association Board, responsible for outlining and amending the laws of the game, have revealed the latest draft of changes to the games rules, which came into force in time for EURO 2016 on June 1st.

Below, we've picked out the most notable changes – all of which must be abided by come the start of your 2016/17 season.

“Direct free-kick (or penalty) if a substitute/team official/ sent off player interferes with play.”

“If something/someone (other than a player) touches the ball going into the goal, the referee can award the goal if the ball goes in the goal and the touch had no impact on the defenders (unless in opponents' goal).

Surprisingly, were a team official, substitute or other non-playing member to enter the field and interrupt a promising opposition move or fling themselves in-front of a goal-bound shot, the referee would only award an indirect free-kick (giving the offending team a clear advantage from essentially cheating).

Under the new rules, a referee will award a direct free-kick or penalty.

Building on that, referees will also be able to award a goal even if something or someone (be it a balloon or ball boy) touches that ball as it goes into the net. That is unless that touch seriously affects the movements and reaction of the defenders in question.

“An important statement has been added that referees should officiate within the 'spirit of the game' and the 'spirit of the Laws' as too many referees (and instructors/observers) apply the Laws too strictly for minor matters which, especially at lower levels of football, does not benefit the game.”

“Referee can 'send-off' a player from pre-match pitch inspection onwards.”

“Player injured by RC/YC foul can be quickly assessed/treated and stay on the field.”

A bit of a hazy one this, but one that is particularly relevant to the grassroots game. In future, referees will be asked to officiate with more 'common sense'. Specifically, the introduction of such phrasing into the Laws of the game looks to tackle the over-enforcing of the minor details of the law.

The example used in the IFAB's release was a missing corner flag. A problem that would only occur at grassroots level, but one that some referees might call a game off for entirely – despite its obviously trivial affect on the conduct or safety of the match. 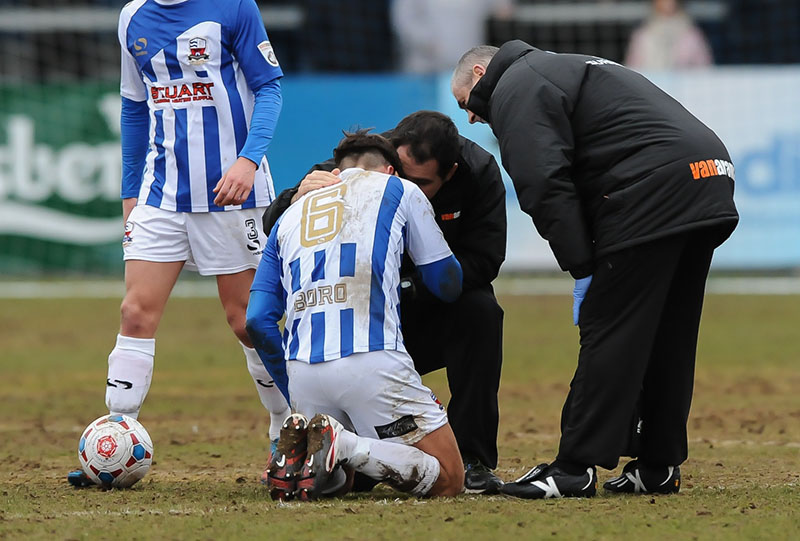 One of the more significant change to this year's Laws, a referee now has the power to send a player off before the first whistle has been blown. This could come into play in pre-match scuffled in the tunnel or by the side of the pitch (think Keane and Vieira's tunnel battle in 2005).

Note that this player won't actually get a red card and result in their team start with 10 men. Merely that player won't be able to take their place on the pitch, and will be replaced by someone else.

Often the cause of controversy, the Law that requires injured players to leave the field (however minor the injury) to be assessed before returning is being tweaked.

In future, those who have been the victim of a yellow or red card foul can be (emphasis on) quickly assessed on the field and continue if the damage isn't serious. This should end the unfair scenario of a team temporarily being down to 10-men despite being wronged by an unfair challenge.

Law 8 – The Start and Restart of Play

“Ball can be kicked in any direction at kick-off”

Pretty simple one this, but in an effort to stop players encroaching into, or indeed starting in, the opposition half at kick-off, the ball can now be kicked in any direction (previously it had to be kicked forward).

Law 10 – Determining the outcome of a match

“Both teams must have same number of players before and during the kicks (a penalty shoot-out).”

Previously, if a player was sent-off for side-A, it meant they would go forward to a penalty shoot-out with 10 players, and side-B would have 11. This would leave side-A at an advantage, as their number 1 kicker (and likely best spot-kick taker) would take the 11th penalty, when side-B's would be taken by kicker 11 (presumably their weakest).

From now, both sides must have the same amount kickers, meaning side-B in the scenario above would leave one player out completely.

In another minor change to shoot-out Law, and one that no doubt England will be the subject of in the coming weeks, the referee no longer needs a prior list of penalty takers, or the order in which they take a penalty.

“Arms of all players (including goalkeepers) are not considered when judging offside position.”

Exactly as stated above really. Arms must not come into consideration for offside, but heads, chests and other parts of the body that can be using in conjunction with the ball must be. Good luck to line-officials with that one. 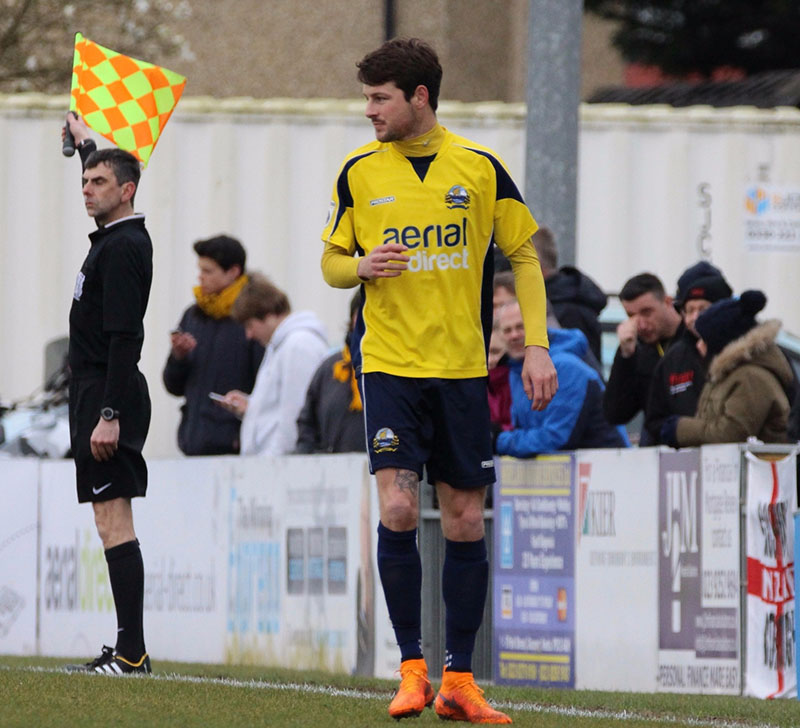 “Attempted violent conduct is a RC, even if no contact”

“Some DOGSO offences in the penalty are now punished with a YC.”

Beforehand (no-pun intended), it was much easier see yourself booked for handball, but now it's been brought much more in line with fouls.

Much like a player might commit a foul in order to stop a counter-attack and subsequently be booked, a referee must now judge how promising an attack was and factor this into a handball offence.

In an effort to clamp down on violent conduct between players, any attempt made at an opposition player to punch or slap is now deemed a red card offence, even if no contact is made.

Described as a triple punishment, Laws on denying an obvious goal-scoring opportunity in the box have been relaxed. In some cases, the offender will now only receive a yellow card, meaning no reduction to ten-men and no post-match suspension (removing two of the three punishments). 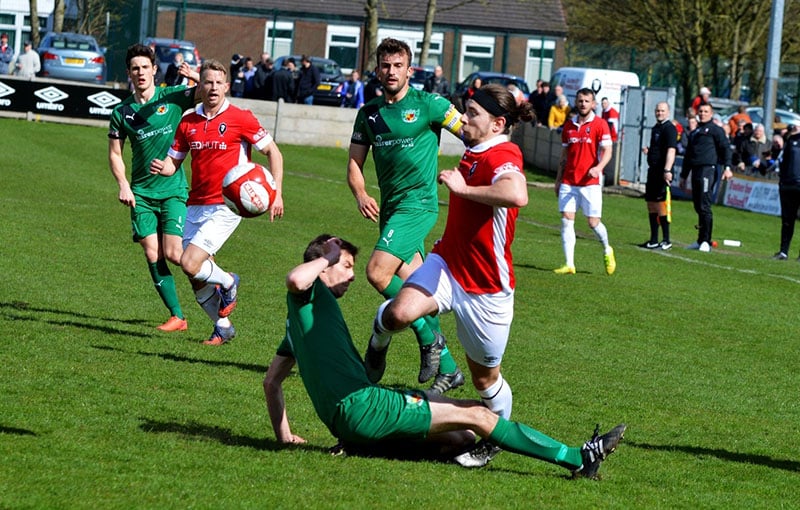 A red card will still be administered as normal when the player commits a deliberate handball, is holding, pulling, pushing, making no attempt to play the ball or indeed committing an obvious red card offence (e.g. serious foul play).

“If 'illegal' feinting occurs it is always an indirect FK (and YC to the kicker).”

“If the GK infringes and the PK is missed/re-taken the GK will now receive a YC.”

In a tightening of penalty-kicks laws, referees are to become stricter on what's allowed for both penalty taker and the keeper they are up against.

Displays of pure genius or pure arrogance, we've seen the likes of Lionel Messi dummy a kick in one direction, humiliating the goalkeeper as they eventually blast it into the opposition corner. But no more, “feinting” is being outlawed, and will now result in a yellow card for the taker.

Also a persistent problem for many years, goalkeepers will now be punished with a yellow if they creep off their line before the kick is taken.

The IFAB have moved to quash some of the more persistent loopholes we see exploited out on the pitch everyday – but have they made the right moves?

Use the comments below to let us know your thoughts on the recent Law changes, their effect on community football and what else you'd like to see stamped out of the game. And check out the club allocations for steps 1-4 of the football league system in time for the new season.