The Vanarama National League is set to return on 3 October, with the National League North and South campaigns kicking off two days later although clubs have raised financial concerns about commencing the season without fans in attendance, prompting the following update on Thursday from the league.

The regular 2020-21 season is set to conclude by Saturday 29 May with play-offs contested in June.

Due to coronavirus, it’s been an uncertain six months with the 2019-20 season cut short. Clubs voted to decide final positions on a points-per-game basis, with Barrow winning automatic promotion.

Harrogate Town joined them in the English Football League for the first time in their history after triumphing at Wembley in August with a 3-1 win over Notts County.

There was doubt as to whether the 2020-21 National League season would start as expected with fans not allowed into grounds, due to coronavirus.

The 24-team division has seen plenty of transfer activity over the last few months. Here’s a summary of a couple of clubs expected to challenge for automatic promotion or play-off glory.

Notts County will be one of those tipped for promotion after a raft of signings. They have brought in goalkeeper Luke Pilling after he left Tranmere Rovers in the summer. The Magpies’ refreshed squad also includes defender Sam Graham who is back at Meadow Lane on loan from Premier outfit Sheffield United.

A key signing and statement of intent for Stockport County is the addition of John Rooney, on a three-year deal from Barrow. The midfielder scored 17 goals in the National League last season and will provide Manager Jim Gannon valuable firepower for a promotion push.

Striker Alex Reid has signed for County on a free transfer from Stevenage on a one-year contract while Notts County also have Jordan Williams from AFC Fylde plus left-back James Jennings, formerly of Wrexham.

Of course, the National League battle for honours is anything but straight forward. The likes of Boreham Wood, Yeovil Town and Solihull Moors will consider themselves in the mix too.

The National League stories have come thick and fast of late. None more so than the possibility of Hollywood actors Ryan Reynolds and Rob McElhenney potentially investing in Wrexham.

Here’s a full list of all the transfers across National League clubs. 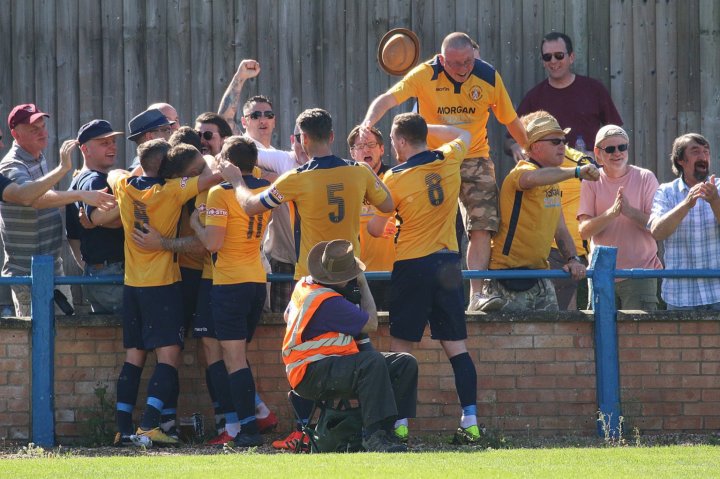 Wealdstone and Weymouth were promoted from National League South for the 2020-21 season and will be aiming not to bounce back down.

For all the news, fixtures and stats, visit the National League website.