The benefits of teamwork in sport

Your club website could really dazzle with some eye-catching free sports photography. If only you could track some down online. Well, now you can...
END_OF_DOCUMENT_TOKEN_TO_BE_REPLACED

The benefits of teamwork in sport

There's no “i” in team. It's an age-old motto that's both grammatically correct and relevant in team situations in sport and elsewhere. When coaches send a group of players out onto the pitch, they're sending out a team, not a group of individuals.

Or at least that's what coaches across the sporting spectrum should be focusing on. Use teamwork to bring your players closer together, and your team could reap a number of psychological benefits both in and out of the game.

Central to a successful operation where everyone works as a team is cooperation. Without it, a team would merely be unable to function as efficiently as it otherwise could. Team sports are inherently cooperative, and runs parallel with teamwork as a vital to tool to bringing success to that group of players.

As a coach, you can plant a few ideas into the minds of your players, striking a cord with them and building association with the importance of cooperation on the field. Its often said that teamwork is “1+1=3”, as the positive input of each individual instinctively breeds success as a team. A similar expression commonly used says that “the name on the front of the shirt is more important than the name on the back”. 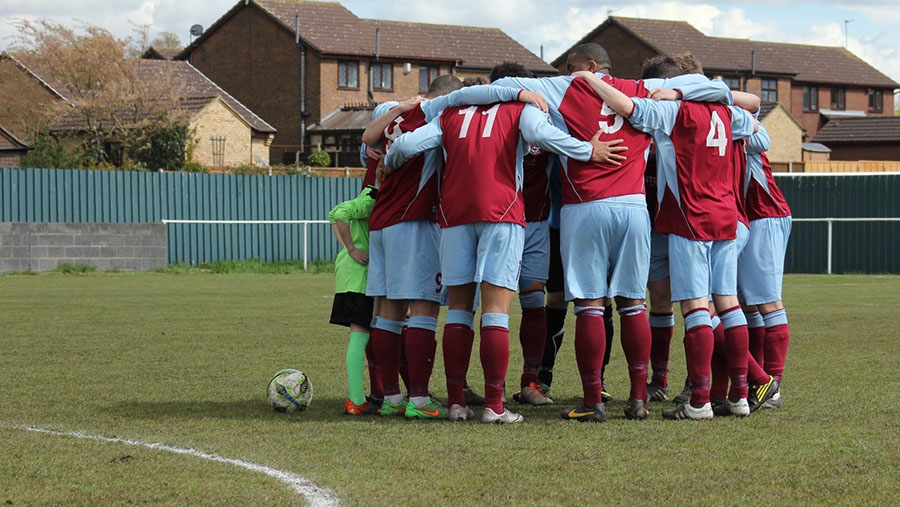 Whatever memorable motto you choose to convey the importance to teamwork, ultimately it's about understanding that more can be achieved as a team than as a group of individuals.

Occasionally, and particularly when players reach adulthood, there can be scenarios where teammates don't necessarily see eye-to-eye. However, that doesn't have to translate to a dysfunctional team on the field. A group that believes in teamwork and success and failure as a unit will be able to recognise their shared objectives as a team, and put any animosity aside when they take to the field.

Plus, that strength and bond only gets stronger as they play with this attitude more. A group that has slugged it out all season for one another will feel a much stronger connection as they head into a play-off or cup final – bringing added motivational benefits.

Socialising as a team

Teaching your team the value of teamwork starts on the training ground and match-day pitch, but should always stretch beyond that towards social and leisure time.

Your teammates are likely to spend a lot of time with one another at training and also outside of sport – for example if they all play go to the same school or work at the same place. For the good of everyone, it's always better that they connect with one another on a stronger level than merely a teammate.

Holding social events outside of your normal training and match-day schedule is a great way to bring your players closer together. A group of friends off the field will likely to result in a team that's more willing to work together on it. Plus, when your team does inevitably run into success after building a strong team togetherness, they'll be able to enjoy it more off the field as they are already used to socialising in their spare time.

For youth teams, making every effort to ensure your team are also a group of friends is even more integral. A child's confidence can take a hit if the feel they aren't a part of the group – so make every effort to include each of your members in social activities

Ramp up the enjoyment levels

Another factor that's particularly important for youth teams (but still applies to everyone) is simply enjoyment. A positive and enjoyable atmosphere is better for everyone, and often teamwork and fun can come hand in hand. Teams that use cooperation can accomplish great things. And team success itself is more satisfying than individual success. 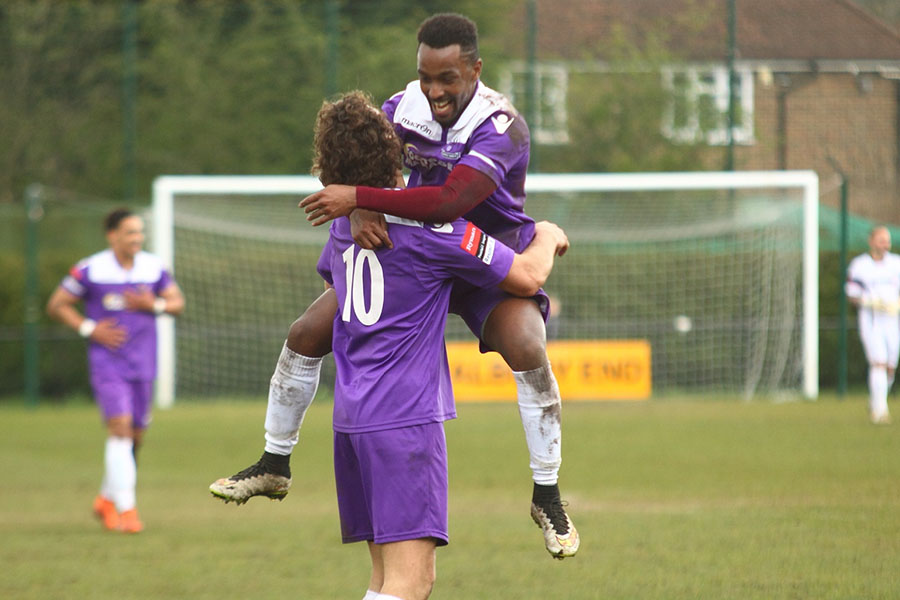 For youth sports, enjoyment in sport is always a focal point for coaches. Players that enjoy sport are more likely to keep coming back, get their friends involved and carry on playing the sport into adulthood.

Teamwork breeds a cohesive unit that are more inclined to bring about success – and everyone enjoys winning.

Instil a level of competition

Another vital component to team sports is competition. Working together as a team breeds a healthy competitive edge that can only bode well for the team and each individual within it.

Teamwork in sports allows your members to work together to achieve a common goal. That might be winning the league, getting one over on a rival, or simply improving as a team. Whilst it's necessary ensure players don't think winning is everything in sport (and again, that's particularly true of youth sports), a level of competition is always more likely to lead to better teamwork.

To do so, outline your team's objective – and stress how they are to be achieved as a unit. What's the best way to achieve a team's objectives? Through the power of teamwork.

Your particular team could comprise of anything between 5 and 15 players, but each of them have individual roles – and each role is as vital to the team's success as the next. Ensuring each player knows their role, and its importance to overall success, is a key component to successful teamwork.

As a coach, it's your job to communicate that every role contribute to team success. Explain to each player how important their role is, and show them in training by building a specific drill around what they bring, and what your team would be missing without it. 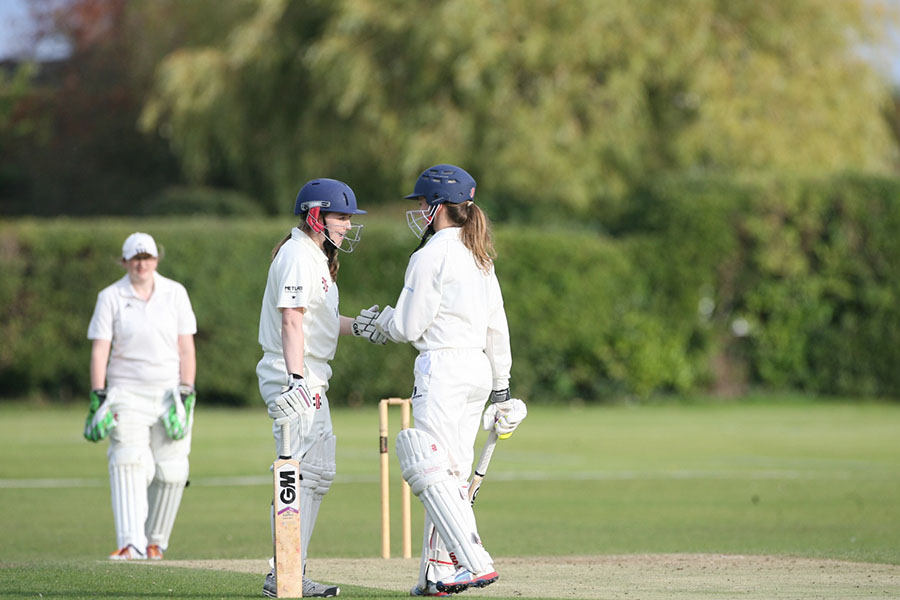 It'll make each player feel valued as a part of the team, give them clear instructions on how they can contribute to success, and provide a sense of accountability for their actions as part of that team.

Give a player clarity by showing how vital they are to the team ethos, and they'll buy into the idea of teamwork whilst trusting other members of the team to go about their role as efficiently as possible.

For youth teams, the positive (or negative) impact confidence can have on kids is a delicate balancing act – and as a coach you need to constantly review the confidence levels of each of your players.

Another benefit that's particularly relevant to young audiences, the tenants of good teamwork also weave directly into developing life skills. Those who work well in a team communicate well with one another and must work together on the field to take the initiative and solve problems.

Plus, children shouldn't just play sport to exercise and develop skills in that particular sport. The benefits should touch on building life skills that help children to grow both as an athlete and as a human being.

Encouraging teamwork leads to communication between players and working as a team to solve problems and achieve a common goal - things that stand players in good stead in the future both in and out of sport.

You are the architect

As the coach, it's your job to put the structures in place to allow your players to flourish. Given the benefits that teamwork can give your team, put it at the forefront of your coaching mind. 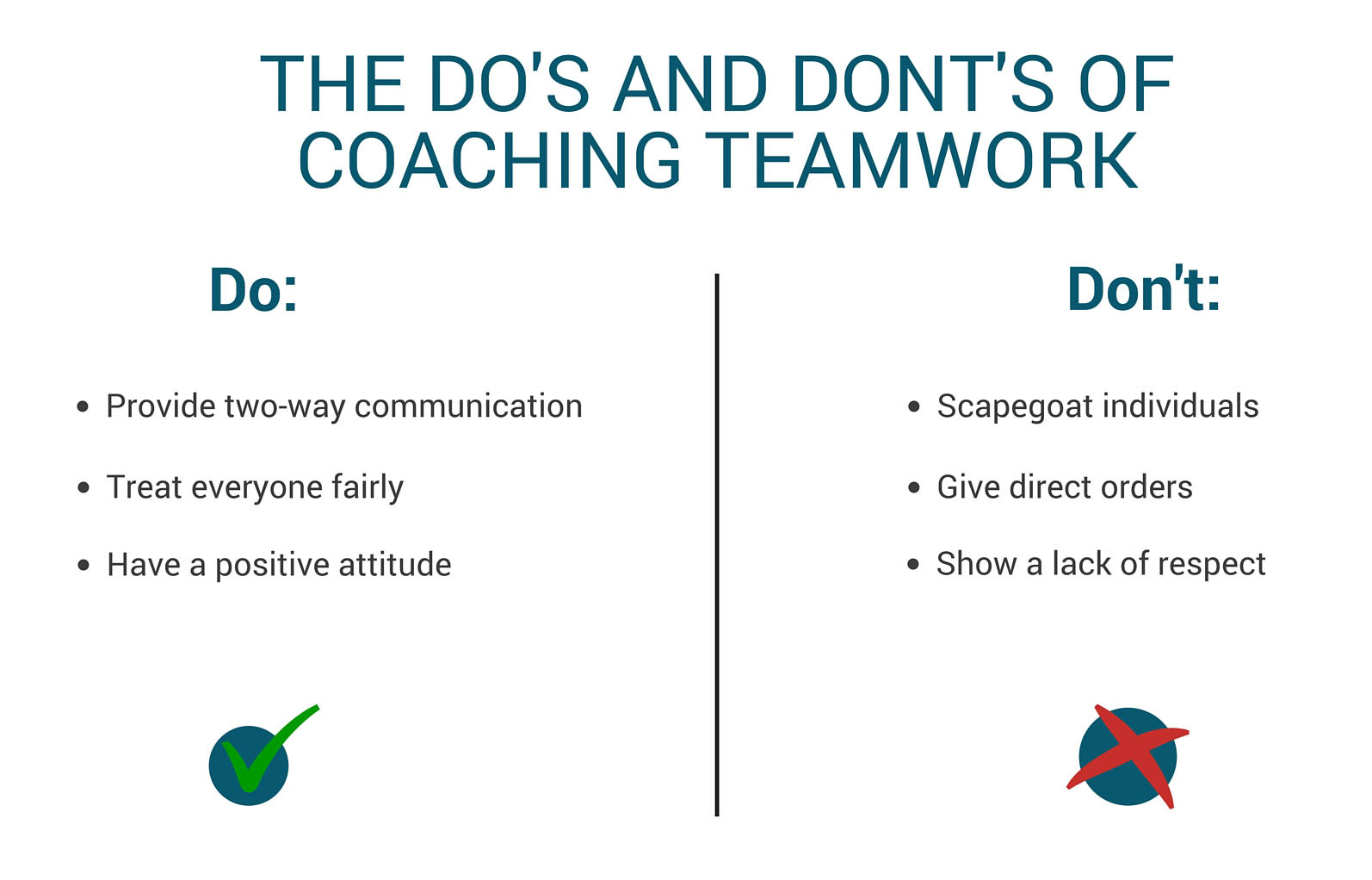 To do that, there are a number of characteristics you can implement into your coaching style that will encourage teamwork at every level of what your team does.

Create an open channel of communication

As the coach you are part of the team, not the authoritarian leader. Promoting a team environment includes letting players offer their opinions on how best to go about achieving your objectives. Be easy to talk to, and encourage players to give their thoughts on how the team could improve.

Just like you are part of the team, so too is everyone else – and each of them play an equal part. As we mentioned in accountability, each member has a role to play – and they should all be treated as equally valuable to success.

Ultimately, as a coach you are role model for which team members will learn from and look to emulate. The benefits of effective teamwork are there for all to see, and the coach should set the tone for a positive environment that allows the team to work well together.

Check out our other coaching content that can help you get the most of your players. Take some of the advice here and mould it with our blog on coaching styles. Plus, if you're devoid of ideas on what activities to adopt to strengthen your team's ethos, head to our blog listing a number of exercises you can incorporate into your sessions.

If you want your team to play like Barcelona, you need them to train like Barcelona. If you think that’s ...
END_OF_DOCUMENT_TOKEN_TO_BE_REPLACED

Pitchero are delighted to announce a brand new partnership with The Coaching Manual.
END_OF_DOCUMENT_TOKEN_TO_BE_REPLACED