As you know, your club website is your online headquarters. Your single source of truth around team selection, sponsors, club fundraising and much more. With lockdowns, stuttering fixture li...
END_OF_DOCUMENT_TOKEN_TO_BE_REPLACED

Playing football and climbing Mt. Kilimanjaro. Two activities you wouldn’t usually put together, but that’s all about to change for a group of women this month.

On the 15th June, two teams of female footballers from across the globe will climb to the top of Mount Kilimanjaro, Africa's tallest mountain.

The project belong's to the organisation, Equal Playing Field, who hope to reinforce equal representation and respect on and off the football pitch for women, something which still proves to be a worldwide issue.

As a company, Pitchero represents a range of women’s sports teams and any opportunity to raise awareness, participation and help elevate women’s sport is one we’ll always get involved in. That’s why we’re proud to be sponsoring their journey and championing this great event. 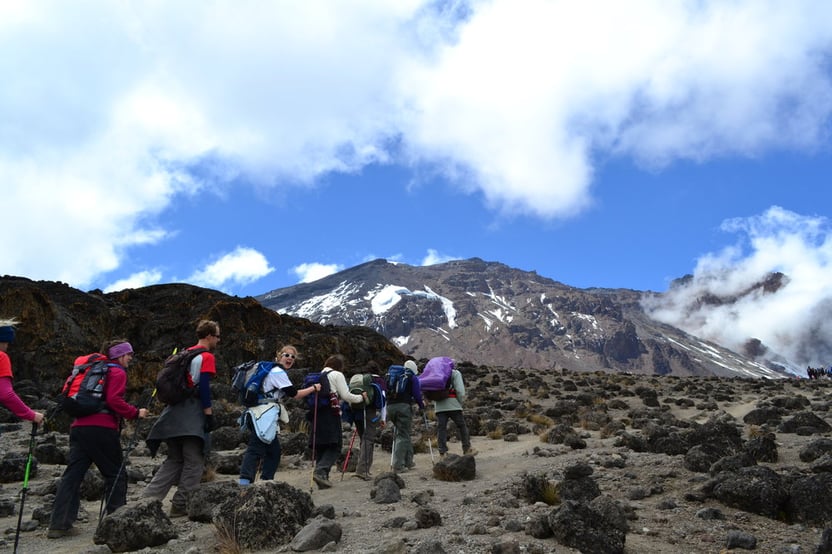 You might be wondering how this is going to work? Well, the trip will be split into two parts. The first is the challenging climb to the summit of the mountain over seven days.

After reaching the summit, they’ll then descend to 5785 metres and play the world’s highest ever game of competitive football.

The plan is to lay down the temporary pitch, markings and goals in order to play this unique and important football match.

A full 90 minutes of football at such high altitude has never been attempted before, so the ladies have the opportunity to not only unite and celebrate equality in women’s sport, but set a World Record at the same time.

After fully descending from the mountain, the second part of the trip will see the group split into smaller teams, in which they'll run simultaneous football training clinics for women and girls in several countries, partnering with existing charities who are all responsible for running successful programmes.

This is a once in a lifetime opportunity for everyone involved and there are some fantastic female footballers in the mix, including former England star Rachel Unitt, American Olympian and World Cup Winner Lori Lindsey and South Africa’s record goal scorer Portia Modise just to name a few.

It’s important to highlight the issues some women still face in sport. For example, despite it being 2017, some girls still aren't allowed to play football, or any sport for that matter. There’s also considerably less funding and fewer opportunities in some communities around the world.

A massive part of this trip is to permanently break down these barriers and achieve equality worldwide not just in football, but sport in general.

If you’d like to donate, head over to the Equal Playing Field donation page. Let’s help raise awareness and elevate women’s sport for good.

With the start of 2021 comes a feast of sport to look forward to. Coronavirus caused widespread cancellat...
END_OF_DOCUMENT_TOKEN_TO_BE_REPLACED

The best sporting moments of 2020 might sound like the briefest of shortlists due to Covid-19. It is fair...
END_OF_DOCUMENT_TOKEN_TO_BE_REPLACED