Why do kids quit playing sport?

Win £500 with kitlocker and easyfundraising

Need new kit or equipment? No problem, for a limited time only, easyfundraising is offering our members the chance to win a £500 Kitlocker voucher.
END_OF_DOCUMENT_TOKEN_TO_BE_REPLACED

Why do kids quit playing sport?

A startling fact has recently emerged from US sport. Of all 20 million kids that sign up to play baseball, soccer, hockey and other organised sports in their younger years, a staggering 70% will give it all up by the tender age of 13 (according to a recent National Alliance for Youth Sports poll). And by giving it up, it means they'll never to return to the sport again.

In the UK, recent(ish) figures from 2012/13 suggest that 67% of 5-10 years old play sport outside of school (the figures are fudged for older year groups by including their compulsory sporting activities in school).

An alarming figure certainly for the US, and one that's left parents looking themselves in the mirror at where it all went wrong. Here, we reveal what studies have confirmed as the main reasons children decide to quit sport for good, and consider what you can do as a parent to ensure your child sticks with sport into adulthood.

A study undertaken in 2014 at the George Washington University by Amanda Visik concluded that 90% of children primarily take part in sports because it is fun. Fun is name of the game when it comes to kids taking part in sport, and the opposite is predictably the case for why children decide to no longer take up sports.

That 70% figure drawn up by the NAFYS found that when asked why they stopped taking part in sport, children complained of it no longer being any fun. Fun is not exactly tangible, and parents and youth coaches spend hours agonising over making sessions fun when they often have little idea what makes children tick.

In this instance, their age is an important factor. Making a session fun is paramount to keeping children onboard with the idea of sport, but a mixture of culture and social factors combine when children reach teenage years that mean their sessions are often significantly less enjoyable.

Winning is no fun

During Visik's study in 2014, she asked children to define what fun was. Of 81 characteristics, winning was placed as low as number “48”, whilst other competitive-based themes such as “playing in tournaments” and “earning medals or trophies” were in the 60s.

As children reach their teenage years, the emphasis on victory steadily increases. Short-sided matches where fun is actively encouraged are replaced by leagues with winners, losers and as such a competitive edge to win (usually directed by the adults at the club).

And that increased level of pressure that parent's place on their children is another key factor for sucking the fun out of sport. As parents, you'll be desperate for your child to be the best they can be, and encouraging them to undertake sporting activities is undoubtedly a positive thing. 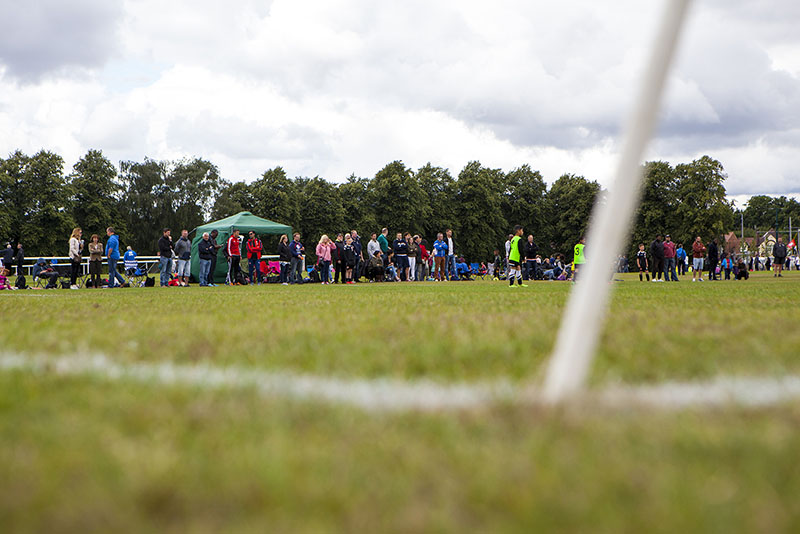 But often children will respond negatively in the face of that scrutiny. Scared to make an error, sport no longer becomes about enjoyment, but rather being pushed into wanting excellence.

Parents can be over enthusiastic and take the game at youth levels far too seriously. Dreading the car journey on the way home when they're given an analysis of their every move during the game, this attitude can stifle a child's enthusiasm towards sport.

Indeed culturally we very rarely allow a child to simply play recreationally. Join a club and you're immediately put under the pressure of having to make the team, perform in order to win matches, and compete for a league or cup title.

Within teams, there is also an instinctive competitiveness. The best players play every minute of every match, whilst others are sat on the sidelines unable to break into the team. Combined with parent pressure to improve, it's no wonder kids can become disheartened and want to quit altogether if they are aware they aren't as good as other players.

Which again leads directly into another contributing factor to child drop-outs. As coaches and parents take victory increasingly seriously, the sidelining of players who aren't quite cutting it at top of the class becomes greater. The faster developing players are prioritised, and those who are left can only watch on and hope for some involvement.

Children can only be switched off by a coach's perceived preferences to certain players. As is the case with almost all coaches at youth level, chances are they're the parent of one of the players in the team. Showing an inevitable bias towards their favourite players can lead to disheartened squad members.

Find other stuff to do

Aside from the sporting pressures we've mainly been concerned with here, another type of pressure racquets up a couple of notches when you reach those teenage years – school. Some conscientious children give up sport because they feel the need to knuckle down with their school work.

Elsewhere, teenagers are more likely to develop social circles and want to go out and socialise with their friends. And with so many other potential interests that can entertain a child (some requiring much less endeavour than exercise), the draw of other things can often be too much.

Add all the above together can you get one final potential reason for a child to quit sports – sheer exhaustion. Kids do have what seems like a never-ending reserve of energy, but even for them all this hectic scheduling can become too much.

With school work a priority for some, the pressure parents apply both academically and on the pitch, plus these new-found interests borne out of growing up – a lot is thrown on a child's plate at such a young age.

On occasion, burnout is quite frankly inevitable.

What we can do

Given the correlation of kids reaching adolescence and the emergence of these factors, it is little wonder so many choose to give it all up. Throughout the above reasons however, one thing has remained a constant throughout – adults.

Adults are the root cause of a number of these factors. At such a vital time when children develop self-esteem and many other social skills, the approach from parents in sport is often misplaced.

A few simple changes in that attitude can help to keep that drop-out figure as low as possible, helping kids to absorb all the vast array of benefits provided by sport. 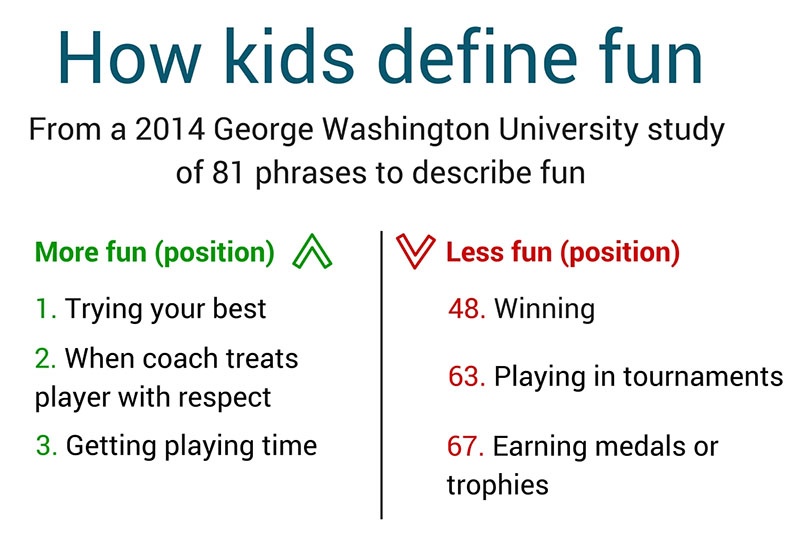 Central to that change is putting the fun back into sessions. Take another look at Visik's findings, and you'll notice that the highest scoring characteristics of fun were “trying your best”, “when coach treats players with respect” and “getting playing time”. All of the top six were linked to recreational or team-based themes, rather than the outcome of winning or striving to be the best.

To tackle a lack of involvement, you could even mix up your sessions with regards to who plays where. We've previously pondered the use of bio-banding in sport. Children develop at vastly different speeds, and those who develop earlier tend to dominate the game, pushing smaller competitors to the sidelines.

To ensure everyone gets a fair share of the action, you could try categorising your teams by their size during training and see if this results in a fairer, more enjoyable session.

Ultimately though, it's about taking the pressure off during training sessions. Make them not about winning, but about the unity of the team. Ensure inclusiveness, where everyone is treated equally, respectfully and allowed to develop at their own speed without particular onlookers insisting their strive for perfection.

Treat children with respect and keep them engaged during sport, and they'll learn to love it into adulthood just as you have.

Win £500 with kitlocker and easyfundraising

Need new kit or equipment? No problem, for a limited time only, easyfundraising is offering our members t...
END_OF_DOCUMENT_TOKEN_TO_BE_REPLACED

We’ve made it easier than ever to invite new members to join your club.
END_OF_DOCUMENT_TOKEN_TO_BE_REPLACED

Be Volunteer Happy is a new campaign by Pitchero to support thousands of volunteers, coaches and club off...
END_OF_DOCUMENT_TOKEN_TO_BE_REPLACED