There’s nothing more thrilling in cricket to watch than an exceptional fast bowler, gliding in and hurling down thunderbolts at batsmen from 22 yards.
END_OF_DOCUMENT_TOKEN_TO_BE_REPLACED

I’m assuming you’ve Googled or briefly explored the Top Charts for iTunes and Google Play. You might already have downloaded BBC Sport, Sky Sports, ESPN, Cricinfo, FIFA Soccer and other big-hitters in the world of sports apps.

Free sports apps can very broadly be split into two categories of either games or news/scores. In this comprehensive review, Below, I’ve picked out apps from both camps across the sports covered in Pitchero’s online community.

Live coverage of 22 sports (results, fixtures and standings) means SofaScore is comprehensive and has been installed a whopping 10 million times. At the time of writing, it was also very well reviewed.

Connect to 40 million feeds, reads sports blogs, magazines or newspapers, track brands and keep everything conveniently in one place rather than across lots of apps.

Search live video feeds by hashtag, location or topic and watch sport (or anything else) in real-time from around the world.

Challenge your mates to a penalty shootout or fire up the Career Mode and away you go. Comes with the peace of mind of 50 million installs and strong reviews.

It might not be until September but the Rugby World Cup 2019 will have enormous build-up and you can view fixtures, watch famous moments from past World Cups and read pre-tournament news.

Rules of Hockey (Android or iOS)

Hockey in app stores translates as ice hockey but there is a surprising absence of (field) hockey apps. This is a handy companion that allows you to browse and get to grips with any rules from within the game. Perfect for coaches, umpires, players and hockey fans.

Here’s a popular game for rugby league fans with more than 120 teams at club and international level with challenges and live games.

Have some fun on the team coach on the way to a game and get your eye in with Netball Shots Free. The Vitality Netball SuperLeague app is also available with news on the elite UK netball competition, but hadn’t been updated since March 2018.

Whether you’re a beginner or experienced lacrosse player, this app offers skills and drills to improve your fitness, stick handling and footwork. 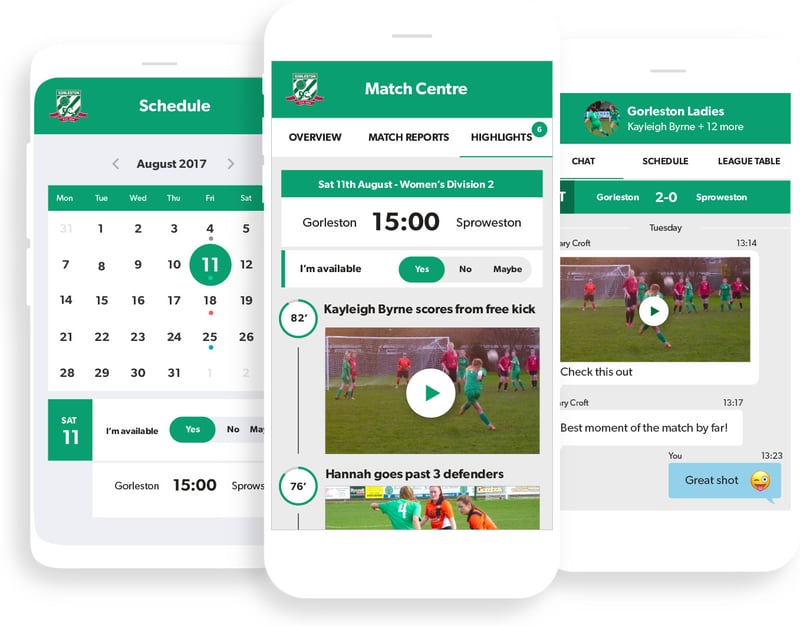 Players, parents and supporters of your club can read the latest club news, fixtures and league tables or scroll through match reports, photos and video highlights.

Players are easily able to set their availability for training or a match and communicate with each other and their coaches.

Managers and coaches can post scores pitch-side with the Club website and Club app being updated automatically.

Tackle admin on the move as you can prompt player availability, pick your starting team and notify individuals or the whole group.

There’s nothing more thrilling in cricket to watch than an exceptional fast bowler, gliding in and hurlin...
END_OF_DOCUMENT_TOKEN_TO_BE_REPLACED

Welcome to the weird and wonderful world of emoji meanings. How sports clubs communicate on social media ...
END_OF_DOCUMENT_TOKEN_TO_BE_REPLACED

Managing cricket club membership is an evolving process. Your members are the lifeblood of your club but ...
END_OF_DOCUMENT_TOKEN_TO_BE_REPLACED