Grassroots sports funding is a topic that’s always going to be relevant for clubs to improve facilities, enable new teams and support their growth.
END_OF_DOCUMENT_TOKEN_TO_BE_REPLACED

In team sports, the importance of building a sense of togetherness and unity is often underestimated. For kids whose social skills are still in a sensitive developmental stage, teaching them the value of team harmony and solidarity can be key to breeding a healthy youth team environment that everyone enjoys – the best way of doing this is through team building activities and exercises.

Selecting team building activities that are fun, engaging and have the intended impact is hard. But here, we've compiled a number of options that you can adapt to fit the sport and group of players in your team.

Remember, team building activities are designed to do exactly that, so you need to identify exactly how your team currently interacts and select exercises that could improve any weak-spots.

Ask yourself what level your team are already at. Do they all know each other from school and as such are already a tight-knit group? Are coming together from different areas and don't know each other on a basic level? Are they in need of a boost in morale after a few defeats? Once you've decided on a starting point, you can build certain aspects into the activities in order to strengthen that bond. 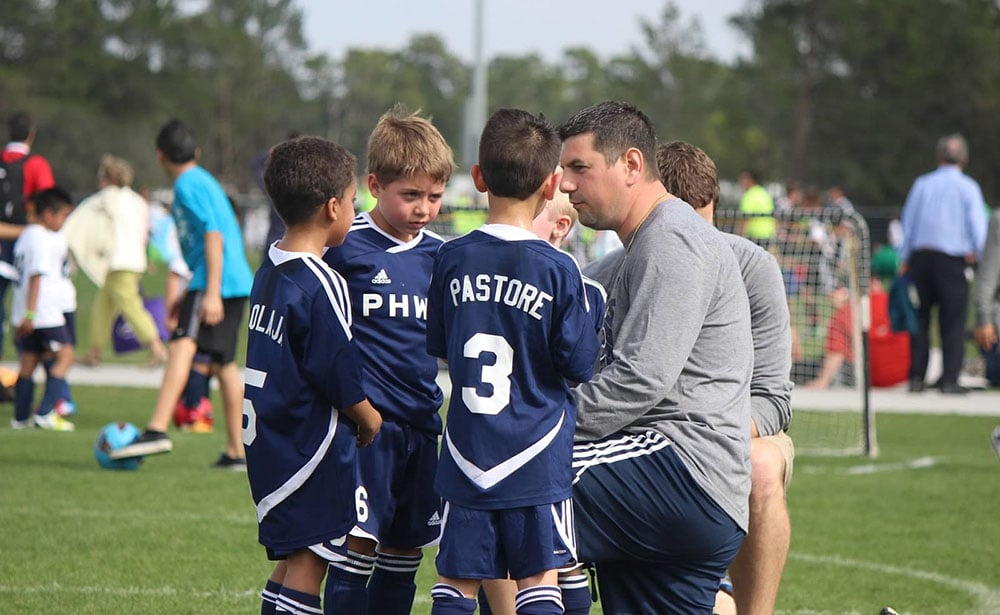 For example, if your team members are not even aware of the names of one another, then its probably best to incorporate that basic level of getting to know each other into you exercise. For some of the most friendly groups, it may just be a case of regular top-ups to what is already a strong relationship.

What to Look out for

As any adult who's worked in team environments in the workplace will tell you, team building days can be crushingly boring and ineffective. Thankfully, kids won't have that instinctive level of cynicism before the activity even gets underway – but they will bore easily.

So, fun is the name of the game. Whilst easier said than done, ensuring the activity is fun will maximise the positive impact on members as they are more willing to get involved. Seen as you'll be incorporating this into a sports session, it's also probably best to involve exercise or movement in some way.

Another potential issue is the level of competitiveness some of these activities might be played at. Kids can sometimes get a little carried away, and you don't want these activities to strike a divide between members.

12 Ideas to get you Started

This is a simple, flexible and engaging change up activity that can be adapted to pretty much any sport.

One simple example might be football, where two teams have to dribble to and from a point as fast as possible, and the first team to get all their players to do so wins. It's a simple game that offers an interesting change from your team's sport of choice – and brings with it all the team-building benefits you need.

Plus, it can work as well for football and rugby as it does for hockey and lacrosse.

Again, this is a simple yet effective teams-based exercise that pits one team against another and can also help to develop a sport-specific skill.

Catching sports work particularly well for this game. Teams must stand in a circle and throw (or kick/pass) the ball to one another. Every time a pass is completed, they take one step backwards. As the circle gets larger, the game becomes more difficult. After a couple of minutes, the biggest circle wins.

It's a frenetic team game that involves fun, competitiveness and encourages team members to get behind one another.

A bit of a classic activity for team bonding, the tug-of-war is a staple activity for teams wishing to strengthen their solidarity. Opposing teams stand either side of a rope, and must pull against the other team until one team has been pulled over a certain point. 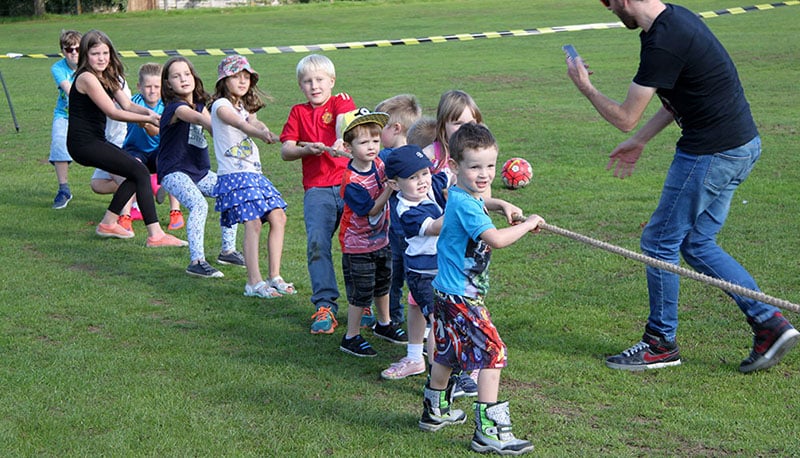 Just make sure you balance the teams correctly, ensuring one team doesn't just blow the opposition away. That way, teams must use communication and tactics to win, rather than just brute strength.

The clue may be in the title, but Kwik cricket could easily be adapted to fit a number of sports. It's got a variety of games from pairs cricket to continuous cricket, all with different challenges and rules to keep things interesting for everyone.

Take football for example. Replace the bat and ball with a football and a foot, and you've got a handy take on Kwik cricket that's fun and competitive.

These types of activities are great for breaking up a sports session with something new, and get players engaged with one another in a fast-paced, exciting activity.

Sure to be a particular favourite for youth teams, blanket ball marries the best of ball sports with volleyball.

A team is given a blanket, which each player helps to spread out to form a sort of blanket trampoline. Throwing the ball into the middle of the blanket, teams must flip the ball over a volleyball net (you could improvise and use a pole or skipping rope as a makeshift bar that the ball must go over), which the opposing team must catch in their blanket.

With teamwork and communication an imperative part of success in this game, its an ideal team building exercise for youth teams.

This one sticks to cricket, but helps young cricketers improve a traditionally boring aspect of the sport in an engaging, enjoyable, fast-paced way that also has all the team-based advantages these games bring.

Split the group into two teams and stand them both in a line either side of the catching cradle. One team sets off and throws the ball through the cradle, running to the back of the queue after they've thrown the ball. The least amount of dropped catches after a couple of minutes wins.

Another exercise that goes big on communication and teamwork, the human knot gets team members working together to solve a problem.

With the group standing in a circle, each person grabs a hand across from them. When all hands are connected, the circle should resemble one big mess of hands that teams must work their way out of without letting go. This activity builds problem solving as a team, and relies on communication in a sensible, concise manner.

A absolute classic for ball sports, the crossbar challenge racks up excitement levels and allows some of the quieter members of your group to make a hero of themselves.

The crossbar challenge simply requires players to stand a designated distance away from the frame of the goal, and attempt to kick the ball onto the crossbar.

It's a tough but endlessly captivating activity for football and rugby teams. Plus, when someone does strike the bar, it'll send a sense of elation through your team that can't be matched by any other team building activity.

Moving away from sport a little, this team building activity is an ideal ice-breaker for any group that are meeting each other for the first time and need to get to know each other.

A good place to start is names, and creating a game out of communicating them with one another helps to breakdown that initial barrier.

So, stand in the middle of the group, who are circled around you. Everyone has 30 seconds to memorise the names of the people on their left and right. When time's up, point at any group member and say “left” or “right”. They then have to say the name of the person stood on whichever side you requested.

Break the game up by shouting “Move it!”, when everyone has to rush to a new position where they can learn new names.

Another classic game that requires teamwork for success is gutter ball.

Give each participant a tube of guttering or pipeline and place a suitably-sized ball into it. Each team has to pass the ball down their pieces of tubing to the end without the ball slipping out and touching the floor.

Its a fast-moving, team-orientated game that youth teams from any sport can enjoy.

Similar to gutter ball in what it brings to team-building exercises, Bolf is another great ice-breaker that isn't specific to any given sport.

In fact it touches on a number of sports simultaneously. Get two large buckets or bins and place them 15 feet from two teams. Each team gets wide array of sporting balls placed at their feet: golf balls, footballs, cricket balls, netballs, tennis balls (and pretty much any you can lay your hands on).

Bolf is another great example of team-based activities that are mild in their competitive nature, but fun and exciting for youngsters.

12. Experience it on the big stage

When you've exhausted all of the above, you could always just take them out for a day of activities away from the sports field. 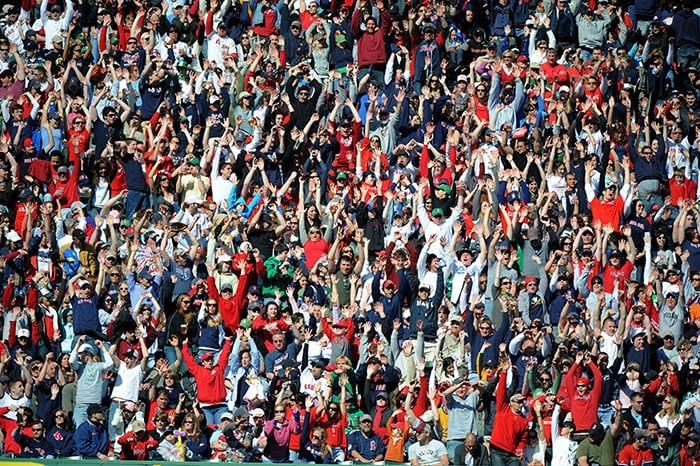 There are any number of things you could do that are fun and breed unity in a group. Take them to a sports match for example, and let them be inspired by how professionals use teamwork to win.

Elsewhere, laser-questing is always a great way to engage kids and even brings that sense of teamwork along with it. Or even just go for a team meal. Anything that can bring your group closer together.

It's also a great way of getting parents involved. Teams shouldn't just be confined to the players and coach, so get the parents invested in the positive impact you'll be having on their children.

As a coach, its your job to blend a group of individuals that can win on the field, as well as enjoy each other's company off it. As the most successful coaches will often tell you, a group of outstanding individuals does not make a team – so building team spirit off the field is vital to bringing victory on it.

Bringing you team closer together allows them to invest in a shared outcome when they go out on the pitch as a team. Plus, added social skills children will learn at such an important age will stay with them into adulthood.

Have you got examples of team building activities that have gone particularly well? Share your ideas in the comments below. And for other coaching advice, take a look at our guide to coaching styles.

Are you a coach or team manager at a grassroots sports club? You're going to enjoy using the free Manager...
END_OF_DOCUMENT_TOKEN_TO_BE_REPLACED

When coaching a group of children in their sporting infancy, one potential burden can be the parents. Int...
END_OF_DOCUMENT_TOKEN_TO_BE_REPLACED