Success stories from sports clubs take many forms but we always enjoy sharing them. An Instagram message caught our eye from Abingdon Eagles Basketball Club, who are celebrating their 6th an...
END_OF_DOCUMENT_TOKEN_TO_BE_REPLACED

When coaching a group of children in their sporting infancy, one potential burden can be the parents. Intent on only getting the best for their kids, the enthusiasm of overprotective parents can all too often spill over and cause disruption for your squad.

Building relationships with parents gives them peace of mind and creates a positive, enjoyable environment for the players. Here are some pointers to help you avoid any parental wrath this season.

How do I introduce myself as a coach?

Before a ball has even been kicked, it would be a great idea to hold a pre-season parents’ meeting where you open a clear dialogue. Get your assistant coach involved if you have one, and anyone else who might be relevant to the team.

Treat this meeting as an opportunity to get the full support of parents, sell your coaching philosophy and set a few expectations so parents are on the same page and fully aware of the direction you intend to take the team.

Communication is key to keeping parents onside and invested in your coaching style, so approach this meeting with a friendly manner to make a good first impression.

Even if you've been in the job for 5 years and are already well acquainted with your players’ parents, it's a good chance to maintain positive relationships, catch up on new developments and outline any changes in direction or methodology.

During this parent meeting, cover subjects like your style as a coach and where you intend to take the team - and remind parents that you have each and every player's best interests at heart.

You could even prepare a summary document for parents to take away, and for anyone not able to attend the meeting.

Setting out these basic expectations early can help you avoid headaches in the future. If parents are fully aware of your intentions, it becomes less likely they will challenge your decision making when coaching their child.

Clarify what you expect of the parents

Parents are, for obvious reasons, much more involved in youth football than they are at senior level. Their influence over the continued attendance and commitment of your players can be significant, and you will need their help for the team to progress.

When setting those pre-season expectations, make sure you cover the other side of the coin – what you expect from the parents. If you make sure players stick to the practice schedule and turn up on time for matches, you will have a bit less to worry about.

Parents can also play a significant role in the ongoing development of their children. Encourage parents to practice player drills at home and get feedback from their kids about enjoyment levels.

Remember, you are the head coach so you are in charge of the team. But the parents do have sole responsibility for their own children.

Be sure not to cross any lines here by handing out parenting advice, but try to get the full support of the parents. If you don't, you may end up with parents complaining about the next point...

Be fair with playing time

The biggest concern for many parents is playing time. As a coach, promoting fairness by distributing playing time around all your players is probably your toughest task – particularly with many pairs of parental eyes demanding more for their own kids.

At youth levels, getting everyone active and having a bit of fun is somewhat more important than going out to win at all costs. Kids consistently say they would rather play in a losing team than sit on the bench in a winning one. 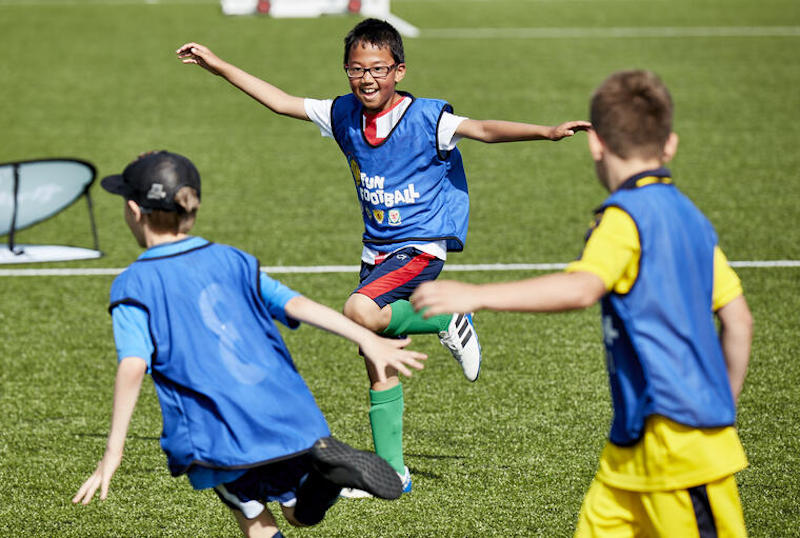 Many coaches will want to prioritise results out on the pitch. But fun to kids is simply turning up and playing – leaving little place for a hardline, authoritarian style of coaching. If parents can see their children are having fun, your relationship with them will only strengthen.

It’s fine to ask parents to do their bit when it comes to maximising their children's playing time. Coaches may be seen to be encouraging a lack of commitment if children are constantly late to training or don't have a positive attitude during matches.

Let parents know you expect them to meet the expectations mentioned earlier, and everyone will receive a fair amount of playing time as a result.

As we mentioned earlier, communication is a vital component in building and maintaining relationships with parents. The pre-season meeting may well be the start of that line of communication, but it should certainly not be the end.

Make sure the parents see you as an approachable figure. Feedback should be welcomed, especially as parents may be passing on things their children have mentioned at home.

As a coach, you should be willing to adapt and develop your coaching style to suit the needs of your players. Tap into the minds of those who stand on the sidelines and watch you work every weekend.

Go out of your way to check-in with each parent as the season progresses, asking for feedback that could help you improve the fortunes of your team and the enjoyment levels of individual players.

Parents will appreciate your openness, and it could help diffuse any problems before they become too serious.

How do you deal with difficult parents?

There is nothing worse for a youth sports coach than having to manage difficult parents who take the game a little too seriously.

If some players' parents don't feel like they can come to you with an issue, or feel aggrieved by the treatment of their child, they might find their only outlet can be from the side of the pitch. 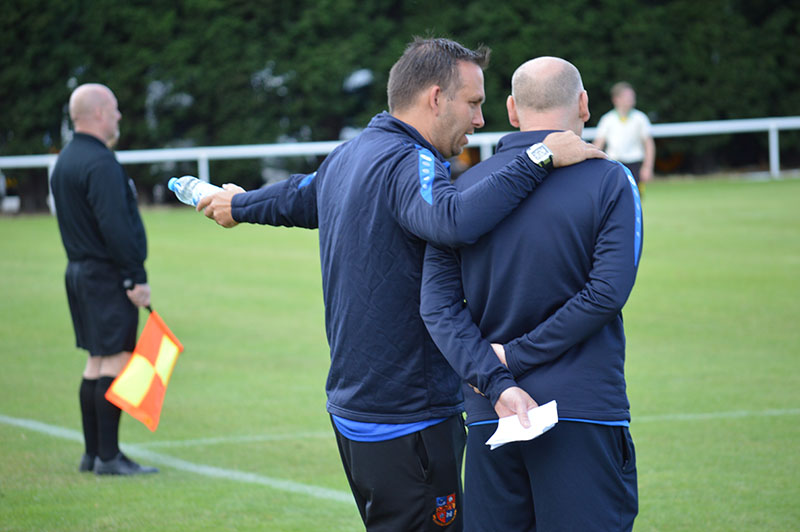 A shouting and raving parent on the sidelines is one surefire way to undermine your authority as a coach. Plus, it can make that particular child embarrassed and miss out on the enjoyment you constantly strive for.

The best way to deal with difficult parents is to maintain a friendly dialogue so they feel comfortable coming to you privately with any problems that arise.

Ultimately, parents need to be fully on board with your positive, engaging philosophy that works so well when coaching youth sports. If you can embrace that ethos in everything you do as a coach, the impact will transfer to your players.

If their kids are having fun playing youth sports under your supervision, most parents will support your efforts and mirror the enthusiasm when in and around the team.

Are you a coach or team manager at a grassroots sports club? You're going to enjoy using the free Manager...
END_OF_DOCUMENT_TOKEN_TO_BE_REPLACED

All great rugby teams are built on solid defence. Cast your eye over the best teams ever to play the 15-a...
END_OF_DOCUMENT_TOKEN_TO_BE_REPLACED