3 steps to killing the pre-match hangover

DEMO Day is an opportunity for club officials, coaches, volunteers and academic staff to meet Pitchero staff and partners face to face in October.
END_OF_DOCUMENT_TOKEN_TO_BE_REPLACED

3 steps to killing the pre-match hangover

Possibly one of the worst feelings in the world is waking up late with a hangover. Ears ringing and head banging the pain is compounded when you realise there's a game on and you have to go out and perform adequately in a couple of hours time.

There are a couple of obvious options to avoid this feeling altogether.

2. Pull a sickie (letting your team down in the process).

It's a scenario we're all familiar with, but what can be done? Happily, there are a few tricks you can utilise to get the best out of a nightmare situation.
1. Drink 1-2 litres of water immediately
This is by far the most important tip. Alcohol is a natural diuretic, and a strong one at that. In fact, for every 1g of alcohol drunk, urine excretion increases by 10ml.
Alcohol also reduces the production of a hormone called vasopressin, that would usually signal your kidneys to reabsorb water as opposed to excreting it through the bladder. Deactivating this natural signal consequently allows the bladder to fill up with fluid. 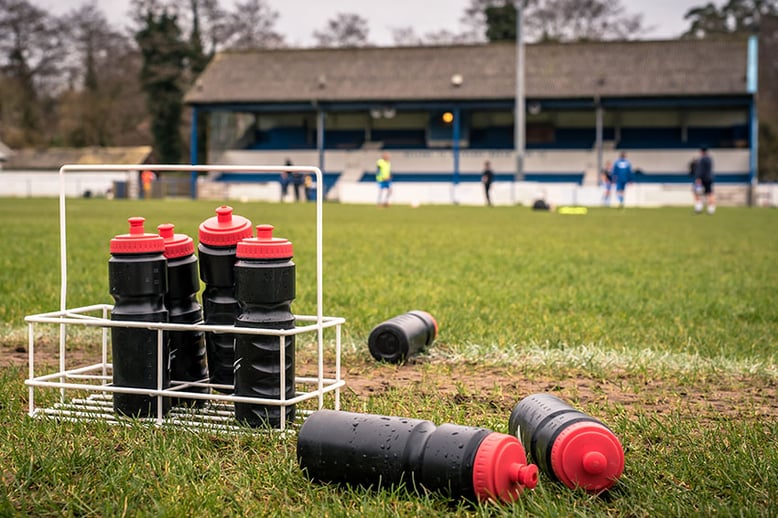 Exercise performance, especially regarding endurance performance and fatigue onset, is significantly impaired when an individual is dehydrated by only 2% of bodyweight, with losses in excess of 5% of bodyweight lowering work capacity by ~30%. Performance detriments from dehydration are due to reduced V02 max, impaired thermoregulation and an increased rate of muscle glycogen use.
2. Caffeine
Okay, this might not be the ‘natural cure’ you were looking for, but the phrase ‘fake it until you make it’ comes into good use in a desperate situation such as this.
Trying to boost energy levels from a hangover in a short space of time is near impossible without the use of stimulants. Caffeine sources can be from coffee intake, a caffeine-containing sports drink, or a caffeine pill (look to have 200mg for men, 100mg for women, 60 minutes before match time).
Caffeine is able to increase adrenaline production, alertness, reduce pain perception and perceived exertion, as well as enhancing free-fatty acid oxidation and glycogen sparing. It is a temporary solution, but might be necessary when hoping to get through a 90-minute game.
3. Oats and blueberries
To maximize your potential endurance and intensity (even when your mental state is drained), stock up heavily on carbohydrates to replete blood glucose levels and glycogen stores.
Oats are also rich in electrolytes, specifically potassium and magnesium, that are often excreted from heavy alcohol intake. Electrolytes regulate nerve and muscle function, support the rebuilding of damaged tissue, and carry electrical impulses to other cells.
Berries have shown to have more of a mental benefit, boosting brain health and enhancing motor performance. Stephen Daniells  from nutraingredients-usa stated berries “have antioxidant and anti-inflammatory properties, including the activation of a variety of signalling pathways that result in neuroprotection, neurogenesis and, ultimately, spared cognitive and mental behaviour”. Not to mention this meal is incredibly easy and fast to make, perfect for when you finally decide to roll out of bed.

If you want your team to play like Barcelona, you need them to train like Barcelona. If you think that’s ...
END_OF_DOCUMENT_TOKEN_TO_BE_REPLACED

Pitchero are delighted to announce a brand new partnership with The Coaching Manual.
END_OF_DOCUMENT_TOKEN_TO_BE_REPLACED