Success stories from sports clubs take many forms but we always enjoy sharing them. An Instagram message caught our eye from Abingdon Eagles Basketball Club, who are celebrating their 6th an...
END_OF_DOCUMENT_TOKEN_TO_BE_REPLACED

All great rugby teams are built on solid defence. Cast your eye over the best teams ever to play the 15-a-side game, and you will see disciplined, skilled players with good technique in their defensive duties.

What is a defensive position in rugby?

All positions are involved in defending in rugby, but some have a more important role than others. Despite their name, the forwards are the crucial first line of defence in rugby, and must be able to make key tackles to stop the opposition in their tracks.

The centres and the full back are the most important defensive players among the backs, and they must be able to make important tackles to stop tries being scored.

How do you play defence in rugby?

To help you pick the brains of some of the game's elite defensive specialists, we delved into the Rugby Coach Academy to bring you five pointers or rugby drills to include in your defensive training.

For more from the likes of Dan Carter, Eddie Jones and Shane Williams, head to the Pitchero Coach Academy.

Master of the breakdown and with 148 Test caps, New Zealand legend Richie McCaw has more knowledge than most when it comes to dominating when defending.

Before diving into any breakdown, a defender needs to assess whether they should be assisting. Spotting an opportunity at the breakdown comes down to seizing on gaps between opposition support players.

Is the ball carrier isolated? If so, there may be a chance for you to jump in and exert pressure on the ball. If not, it may be best to join your defensive line and prepare for the next phase.

If you're committed to the breakdown – consider your intentions. Is there an opportunity to steal the ball, or are you hoping to slow the ball down for the opposition? Good decision making is the key to defending at the breakdown.

Get more from Rugby's greatest minds in the Rugby Coach Academy.

Sticking with the All Blacks, ex-international Craig Newby highlights communication as a key part of defending a scrum from numbers 6-9.

Establish who is marking who before the scrum takes place and organise yourselves accordingly. As a general rule of thumb, the flanker should always be hitting the first man – with the number 8 in support on the inside.

In certain scenarios, Craig brings the number 9 into the defensive line and uses them to keep the first attacker busy. 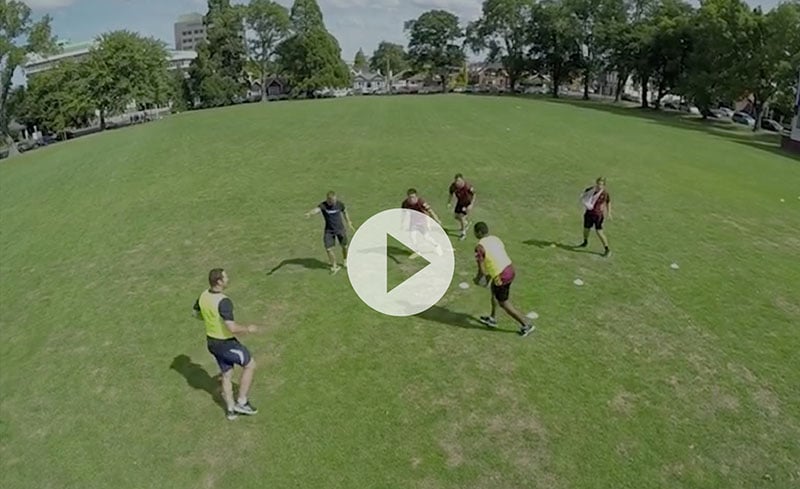 Advice on the more intricate details of the game is welcome, but without a solid tackling technique the opposition will cut through you with ease.

Wayne Smith highlights the key points when tackling the opposition front on. On impact, thrust the same shoulder and foot forward into the tackle. Use small, balanced steps as you rush forward to maintain power on impact.

A well-executed tackle can help your team win the ball and turn defence into attack in an instant, so don't neglect its importance during training. Trusting your teammates to make the tackle is essential for both the blitz defence and the drift defence.

It is important to run backwards in defence, so you can see the attack taking place, and have the best chance of making the tackle when necessary.

Backs are often left defending quick, fleet-footed opposition, so decisions have to be made quickly and accurately. New Zealand centre Conrad Smith has the perfect drill for helping backs make better decisions when defending.

Practice with two-on-one, attack-vs-defence drills that force a defender to cover two attacking scenarios at once.

Feeding either the front runner or using them as a decoy to flip the pass out wide, the solo defender must get his positioning spot on to cover both eventualities. These practice drills will help the defender make the right decision with a larger group in a match situation. 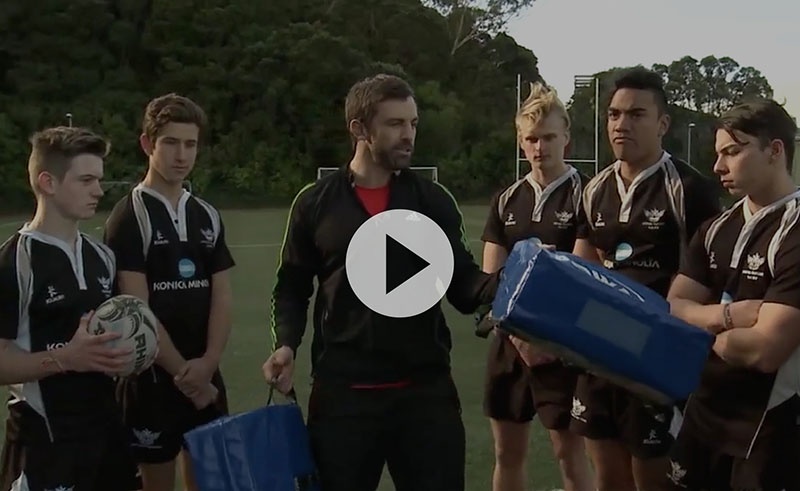 How do you teach defensive line in rugby?

For youth sides, teaching the basics of good defensive structure is key. Brendon Radcliffe, ex-coach at Northampton Saints and Hawkes Bay, begins with controlling a 1-on-1 situation with an attacker.

Ensure players are aware of the need to avoid approaching head on. Remain in control by approaching on the inside shoulder, forcing the ball carrier into areas where you have numbers.

When introducing a basic defensive structure, reinforce the key message of individual tackling technique and make sure each defender understands which attacker they are responsible for.

Get more video coaching from the world's best

You can learn from the greatest minds in the game with the world's best rugby coaching resource, The Rugby Site.

Check out more great videos in the Rugby Coach Academy, and click the banner below to get even more from the world's most comprehensive rugby coaching resource, The Rugby Site.

Are you a coach or team manager at a grassroots sports club? You're going to enjoy using the free Manager...
END_OF_DOCUMENT_TOKEN_TO_BE_REPLACED

When coaching a group of children in their sporting infancy, one potential burden can be the parents. Int...
END_OF_DOCUMENT_TOKEN_TO_BE_REPLACED