How to start a football team

Would you like Will Greenwood, British & Irish Lion and Rugby World Cup winner, to host an evening at your sports club?
END_OF_DOCUMENT_TOKEN_TO_BE_REPLACED

How to start a football team

Football, as we know is an extremely popular sport, played by millions around the world. It’s a great way of staying active, forming new friendships and building a new community.

With such widespread love and support for the game, it’s assumed that setting up a new team or club is an easy task.

But if you’re thinking about setting up your own club, it’s a lot more work than it sounds. Before you can become an established, successful club, there are plenty of things you need to consider in order to make it happen.

The first (and probably the most obvious) thing you need to consider is a name for your club. There are thousands of names already out there and you won’t be able to get your application to be a team approved if a name’s already been taken - so get as creative as you like. This gives your club an identity, a purpose and will benefit you when it comes to the marketing side later on.

You should also consider the colours of your club and brand them on everything you wear. Without a name and a colour it’s going to be difficult for anyone to identify you.

Have a discussion with the players and allow some ideas to be thrown out there if you're struggling with a club name and club colours.

The next thing you need to think about is what you’re wanting from this football team and your objectives. Are you going to be a competitive team or are you after more casual play? If you’re wanting to play matches in actual leagues, you’ll need to affiliate with your local County Football Association and from then you can affiliate to a league. 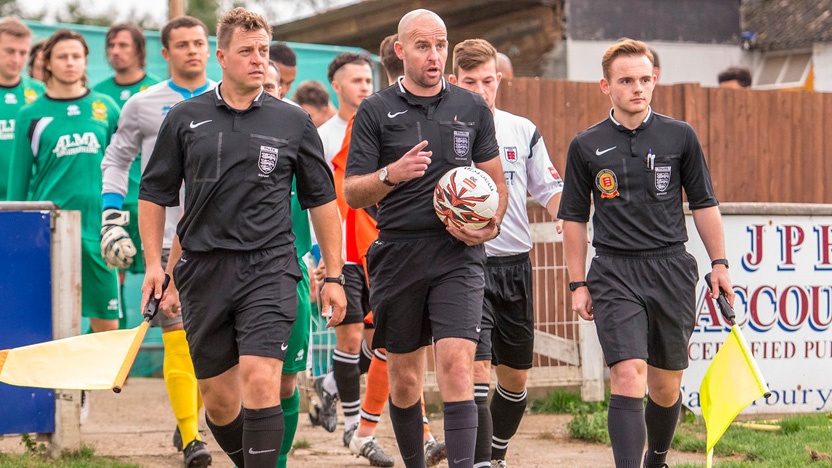 You won’t be able to play any match against other teams without being affiliated with a club name, so contact the local FA to get it sorted.

Tip: Have a read of your league's rules, as some are different to others and the last thing you'll want is an added cost or fine for a requirement you might have skipped past.

You’ll need at least a few people to be responsible for the club. It isn’t easy work starting a football team from scratch so you’re going to need all hands on deck.

From these people, you can elect a secretary, a treasurer and a manager. Of course, you've got the option to select one person to take on several roles, but you’re going to benefit from getting a team of you together to spread the workload and speed things up.

By having designated roles you'll be able to get organised a lot quicker and get playing.

A constitution letter is basically a formal guide for clubs. It doesn’t necessarily have to cover the full breadth of a club’s activities, but it must mention specific issues relevant to the Accreditation Scheme.

There are plenty of example guides and models you can tailor to your club, it just needs a bit of research and be relevant to your club's objectives.

As mentioned in the club constitution letter, Annual General Meetings are meetings usually held by the chair of the club to give shareholders and partners the opportunity to receive copies of the company’s accounts  for that year.

It's also an opportunity to ask any questions regarding the future of the club and a chance to put any plans or ideas to the floor.

Once you’ve dealt with the admin and set the club up, you’re going to struggle to get it off the ground without 11 players, so it’s crucial to market your club. It doesn’t have to be majorly expensive strategy, but you’ll need to do your research and see what's working for other clubs.

Firstly, you need to showcase a strong club website. The world of online is firmly in our lives and it’s here to stay, so it’s important to take advantage of this and create a good online hub for exisiting and new future members.

A good club website should be another platform for people to join your team so you'll want it to look as up-to-date, easy to navigate as possible. You'll also entice new sponsors which could turn into another financial boost for your club.

There are plenty of ways to raise funds for your team, but it’s definitely worth mentioning some of the great ideas out there.

Organisation is the key to successful fundraising. It’s especially important as a new team because the costs start to add up and put pressure on the club.

You could easily put together a raffle on match day or even organise a family fun day for players, parents and supporters; all relatively low-cost and usually really effective.

Social media is another tool you can use to boost the reach of your club. With pretty much everyone using social media now, it’s the most effective way to draw the majority of players to your club.

This is especially relevant for the younger generation. To recruit the generations now, the best way to market your club is by sharing a video of a weekend goal, posting a funny picture or being active regularly on multiple social channels.

Plus, if you link these channels straight to your club website, you're going to have a new stream of traffic visiting your page which could turn into new sign-ups.

Without sponsorship, most clubs would be unable to remain afloat, so even if it’s not an initial thought when you’re setting up a new team, it will have to be further down the line.

We've mentioned how you can secure new sign-ups through the club website, but there are a number of other assets at your club that has sponsorship potential.

Your club sponsorship doesn’t have to be a massive, but if you can get a sponsorship proposal together and secure a local deal, it'll help your club increase revenue as well as awareness. Check out the sponsorship Ebook for some further guidance.

It’s expensive to run a football team which is why you need to be smart with your finances. There may be some hidden costs that haven't cropped up yet.

To pay for the costs of an 11-a-side team, you're looking at over £1000 and that doesn't even include the small things like kit and equipment.

Despite the effort of campaigners to reduce the overall costs for grassroots clubs over the years, pitch fees have risen dramatically to a point where they can easily become unaffordable. 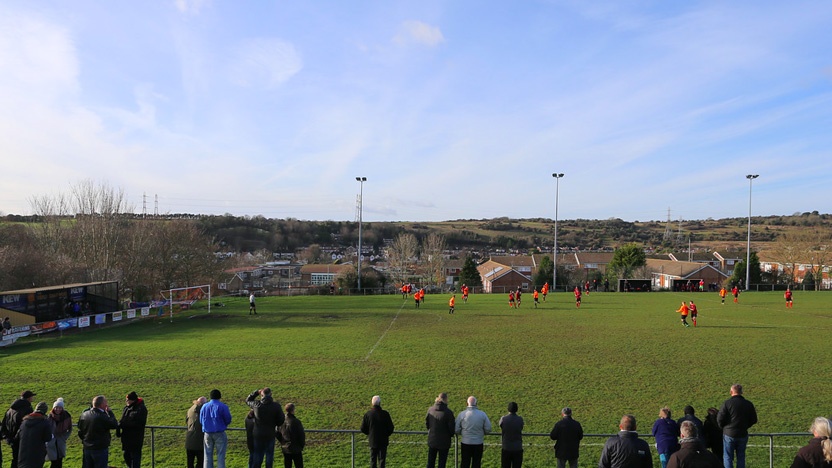 They could easily be the highest annual expense you'll have to produce each season. Fees can range from £500 to at least £1000. It all depends on what you're after and what's around in your local area so make sure you do a bit of research and find something that's suited to your club.

Alternatively, some schools have good facilities, but you'd have to contact the school yourself. and see what's about locally. Again find out what's included and what isn't, secure an agreement and that's a big thing ticked off the list.

You do have the option to hire private facilities, but it'll be on the expensive side. You're ultimately paying for facilities with better maitenance and potentially a well-looked after pitch, so it's your call.

All football teams and clubs should have Public Liability Insurance. You won't get past most County FAs without evidence of cover in order to affiliate your team within a league. Your team won't be allowed to play until you display this proof.

As a football club, you have a duty of care to players, coaches, volunteers and members of the public and this insurance will cover you for any injuries or negligence at the club.

Similarly, if your team hire school football pitches or other external facilities, you may be required to provide evidence of your own public liability cover, so bear this in mind.

The insurance policies usually start at around £100 depending on the cover you need.

As we mentioned, affiliating to a league is going to cost you somewhere around £50 depending on the league.

Cup entry can range between £80-100 and it could be much higher depending on various cup fees. These fees are renewable yearly.

Kits can be sourced from different places so it’s worth doing a bit of research beforehand - but basically the more you pay, the better you get (you're going to want the kit to last more than one season).

Prices generally start from around £200 for a full adult kit.

Any decent league will also insist on first-aid kit and make it a compulsory requirement. These priced reasonably and easy to get your hands on.

Referees usually charge around £30 per game, depending on the league and how far they had to travel. Traditionally the home team usually foots the bill so you'd be looking to pay the fee twice a month.

Remember these rules can change on cup matches and leagues, so check with your league first.

For more information, check out the FA club checklist.

Download the complete guide to starting your own football team

An exhaustive guide to help get your team up and running, you'll soon be on the road to Sunday League success.

How do you get support from Pitchero?

How to make money for your club without the admin

More and more sports clubs are using Pitchero to collect online payments for everything from memberships ...
END_OF_DOCUMENT_TOKEN_TO_BE_REPLACED

Did you know you can collect donations through your club website?
END_OF_DOCUMENT_TOKEN_TO_BE_REPLACED