What is good leadership in sports?

In order to continue to thrive as a grassroots club, you continually need to promote what you offer.
END_OF_DOCUMENT_TOKEN_TO_BE_REPLACED

What is good leadership in sports?

Leadership is a massive part of any sport. Whether you’ve been a coach for the last 20 years or you recently stepped up to captain your side for the first time, leadership should always be at the forefront of your thinking.

It does come with a lot of pressure and the best captains and managers are constantly under scrutiny; that’s why it’s important to incorporate certain values into your leadership to allow your team to reach its full potential and ease the overall pressure.

The leadership concepts that apply to the workplace are very much the same as those on the football pitch - every great sports leader will be aware of this. Here we’ve given you the best advice on what it takes to be a true leader on-and-off the pitch.

We’ve all been there. A run of defeats, a crucial cup match, a difficult training session they’re all challenges that require strong leadership.

A massive part of leadership is positivity delivered on the field by the captain and off the field by the coach. Without a motivational pre-match team talk or a bit of encouragement from the sidelines, you’re going to struggle to keep team morale high, which in turn could affect your performance at the weekend.

To the opinions of some, a good leader will bark orders at people and focus on what people are doing wrong, rather than what they’re doing right; but the best leaders will be aware of the needs of every player and understand that a more positive approach can be required at times.

As a leader, you should be able to judge when to use a firm approach to rouse a member of the team and when words of encouragement are a better call.

What the legends say: The great leader, Sir Alex Ferguson, kept this fresh in his thoughts throughout his successful run at Manchester United.

"For a football player and for any human being, there is nothing better than hearing 'well done'. Those are the two best words ever invented in sports."

As a leader, you need to be able to clearly and succinctly explain what you need from your players. This could be one-on-one, or to the entire team. That’s where top communication comes in. Strong communication is a solid foundation for all great coaches, captains and successful leaders.

The main aim for a captain or coach is to find a way of communicating to players which inspire them to listen. Anyone can communicate but not every leader is blessed with the ability to press each player's motivational buttons and influence change. 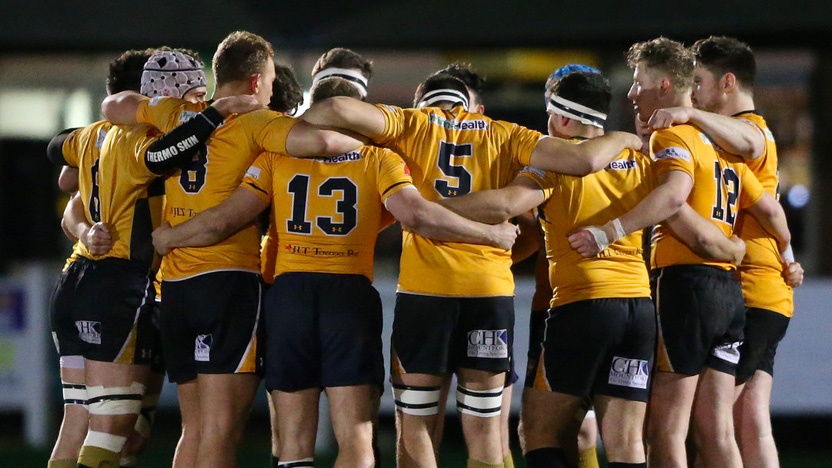 Leaders should establish a way in which they communicate their message effectively to their player. Having this ability sets apart the great leaders from the mediocre ones.

For example, England’s rugby performances over the last 12 months have been attributed to Eddie Jones’ communication style. The personnel of the England team hasn’t changed dramatically since he took the job, but Jones has provided a less formal and more player-centric approach to training and team meetings, as well as having established team values - all of which is reflected in their impressive current run of form.

What the legends say: Ex-England Captain and coach, Martin Johnson knows all too well about the pressures that come with leadership and he understands communication has got to be on point.

"Communication is crucial. People can’t always see what effect their efforts have had and don’t feel they share in the reward. When we won in Sydney I was almost happier for the rest of the guys because the squad knew they’d done it together."

Coaches and captains are bound to lead in different ways. Some coaches may have a philosophy of speaking negatively to players in order to keep them determined and on their toes, some may take a softer, more informal approach.

Whichever style you prefer to communicate with, leaders should always be constantly looking for opportunities to deliver useful feedback to players about their performance.

Overall feedback is about balance; knowing the correct ratio of giving negative feedback but reinforcing it with a positive contribution on what they’ve done well. Feedback that’s heavily critical and negative runs the risk of not being listened to and could prove a little pointless for certain players.

Individual feedback is also really important. You should have a good system in place to provide players with constructive, useful feedback. There are some questions every leader should ask themselves.

What motivates players to play sport?

What does the player enjoy/not enjoy?

How does each player learn?

What are the best practices to suit every player?

You could draw up an individual player plan for personal development to help them progress and organise continuous reviews with them throughout the season. It’s also a good idea to set targets for players to give them more of a purpose and another form of motivation.

As a leader, you'll have to make a number of decisions that don’t always have a clear answer; so the ability to think outside the box is crucial. If something isn’t working well, you should be keen to switch it up, throw some new ideas out there and have faith that your decisions are going to pay off.

Without the confidence to explore new ideas and the personality to get the whole team on board with them, it could affect the overall performance and success.

A coach's confidence can be very contagious. If the players know a coach believes in the team and it’s potential, they might start believing in it too. Similar to if the leader has the confidence in a player, it can have a big impact individually.

What the legends say: Ex-England cricket captain, Mike Brearley agrees you need to have the right mindset in order to lead.

"A person who can trust his hunch is one who knows his game thoroughly."

Tip: Try exploring some non-traditional solutions, or approaching problems in nont-raditional ways on or off the pitch - it often ends up solving that problem. 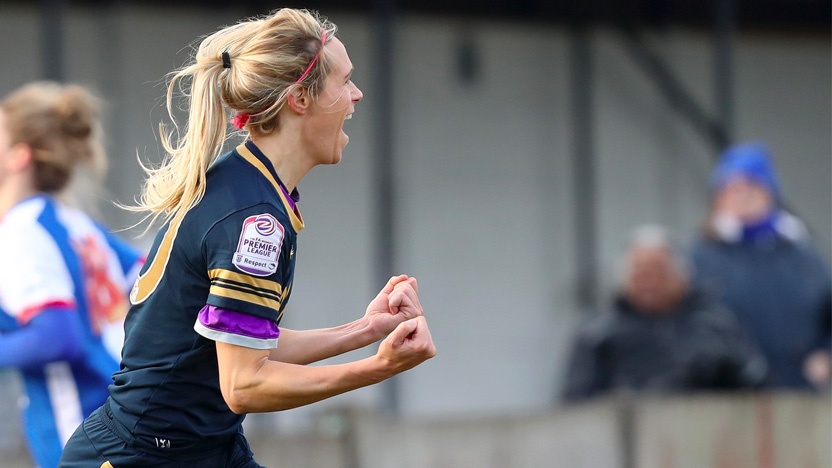 A good leader will always have the desire to win no matter what the circumstances are and will want to drive this attitude into the team.

This ties in with positivity. Being negative and pessimistic isn’t going to do team morale any good. Even when things are tough, you should lead by example and get everyone motivated in training, during a half-time team talk and after any win or defeat.

It’s crucial not to lose focus as you’ve got the responsibility as a leader to hold the fort and keep the players in the winning mindset. This will often come naturally to a leader and good leadership will always come hand in hand with a burning desire to win.

It’s important for leaders to go above and beyond for the team. You should be willing to put in the extra hours to review a match, talk to a player or even plan an extra training session.

Ultimately, players (and by extension your team) are going to benefit from this hard work. Lead the pack with a attitude of dedication, and you'll see a positive response from your players on matchday.

This can even extend to social events and dinners. Create a team ethos of dedication, committment and passion . By putting in these hours, you’re going to gain a lot of respect and endeavour from the team.

Finally, a discussion on good leadership goes hand-in-hand with respect. Respect is massive in sport. If you’re a leader, gaining the respect of your players is vital to gaining their committment on the field. If you don’t have it, there’s no point in having your title of coach.

Respect will allow people to listen to you and take on board what you’re saying. For example, if you’ve got a new tactic at half-time or a drill in training you want to try, with no respect people won’t buy into it or put it into their play. 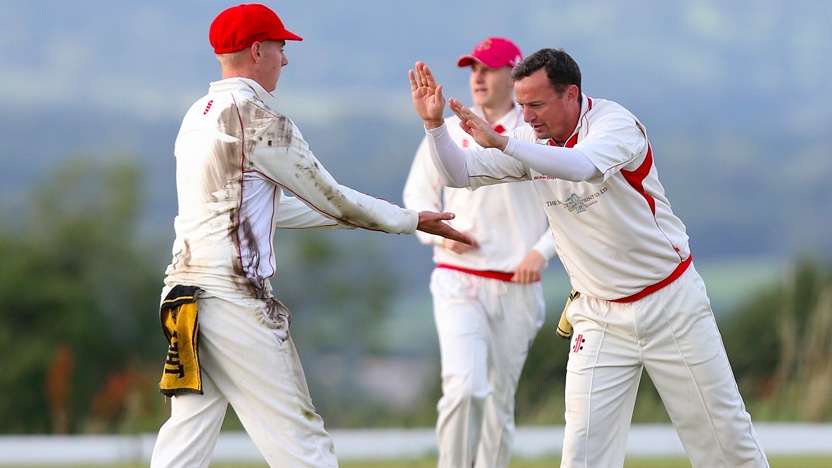 To gain a good level of respect, you need to be able to relate to players, be approachable and open to feedback yourself. Without these things, you’ll struggle to strike up relationships with players and it will cause issues when it comes to the big day at the weekend.

Respect is two-way street. Offer it to your players, and you'll be one step closer to earning it yourself.

Writing that all-important match report can seem daunting but it’s a popular part of any club website. Ma...
END_OF_DOCUMENT_TOKEN_TO_BE_REPLACED

If you want your team to play like Barcelona, you need them to train like Barcelona. If you think that’s ...
END_OF_DOCUMENT_TOKEN_TO_BE_REPLACED